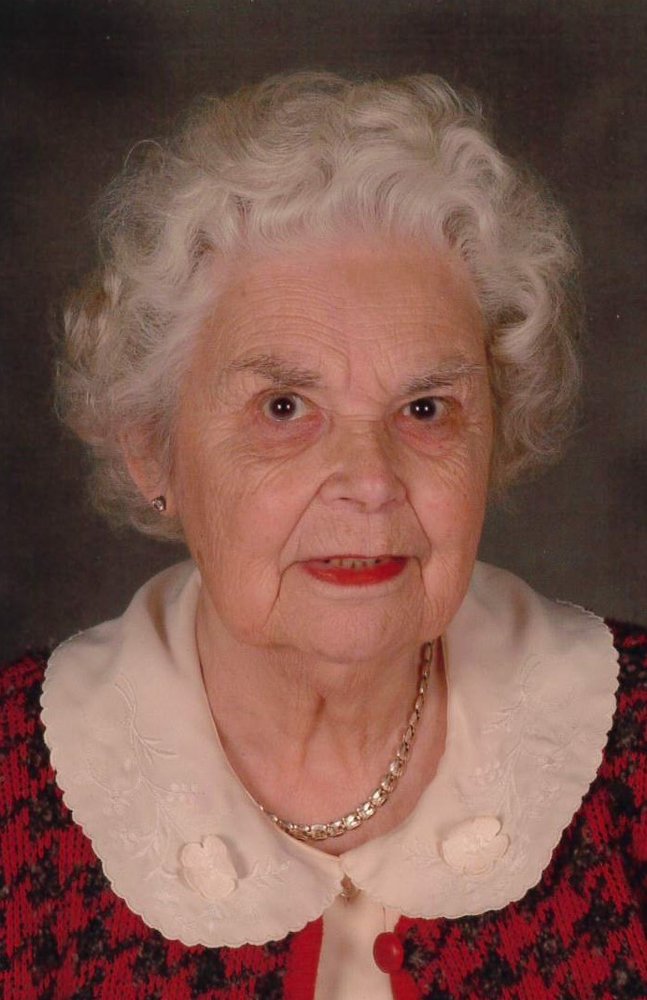 Passed away peacefully to be with her Lord, at the Brockville General Hospital Garden Street Site in her 95 year. Loving daughter of the late Dr. Edmund James and May Violet Wade. Dr. James was a graduate of McGill University, and held a Doctorate degree in Engineering. Muriel’s dad worked in Detroit for Henry Ford, designing engines. Muriel grew up in Montreal .She worked at Nordine Industries building the “Harvard” plane during the war as “Rosie the Riveter”; then the CIL explosive plant in Brownsburg. She lived on a farm near LaChute, Que. before their home was built. Predeceased by her son, Scott Alexander (1962-1979), sister, Gladys Sharpe (Robert); her ex-husband Guy Smith. She is survived by daughter Gloria (Jim); sister, Mary McMillin ; grand-daughter Patti (Dan) and great grand-daughter Lainey. Muriel will be missed by cousins, nieces, nephews and of course close friends. Special thank you to Rosedale Retirement home for their exceptional care.

Family and friends will be received at the Barclay Funeral Home, 137 Pearl Street E, Brockville on Tuesday November 19th, 2019 from 11:00 a.m. – 12:45 p.m. with a Celebration of Life being held at 1:00 p.m. in the Chapel Officiated by Rev. Kirk Perry, Wesleyan Methodist Church. In memory of Muriel donations to First Baptist Church or the Wesleyan Church would be gratefully appreciated. Messages of condolence may be sent online at www.barclayfuneralhome.com.