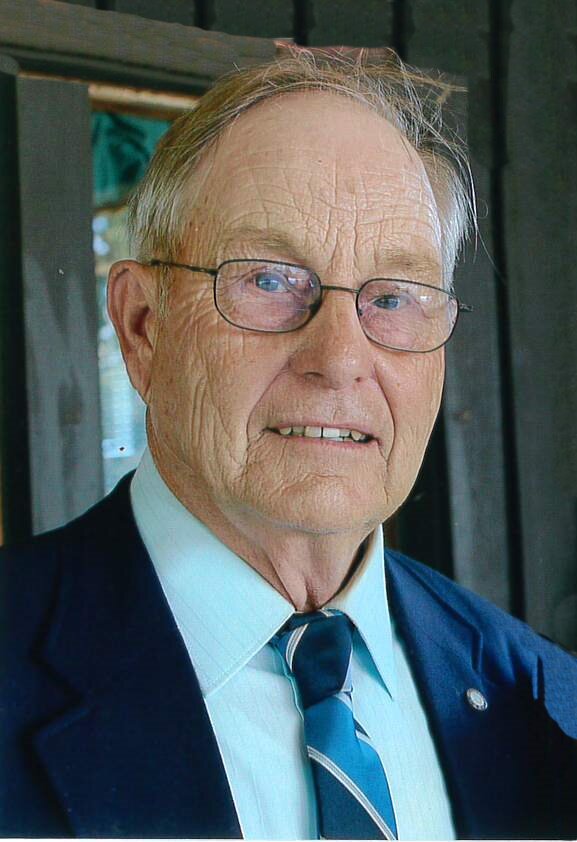 A Time to Celebrate Carl's Life and Visit

Carl Walter Jowett of Seeley Rd, Lyn aged 86 years passed away peacefully with family by his side at the Kingston Health Sciences Centre, on Wednesday July 06, 2022.

Carl was born, raised and lived his entire life in the Lyn area. He was a former Reeve of Elizabethtown Township. He was a member of many committees including the Board of Governors of Brockville General Hospital. He attended Lillies school and BCI. In his late teens and early twenties, he worked for Phillips Cables in Brockville. When his father passed away, he returned to the family dairy farm to operate and manage it. He eventually changed the operation to beef cattle raising some of the best cattle in the area. He was proud of his farm and his heritage where he remained all his life.

Many young men worked for Carl on the farm, haying during the summers. Carl was a great mentor and influence on these young minds. Many remained lifetime friends and continued to visit with him regularly on his farm.

Carl was a special friend to many throughout his life. For all those who knew him, they will remember how he listened, advised and mentored. Carl always said when extending your hand in greeting; make sure it is a firm handshake. It showed good character.

Commitment and dedication to memorials was very important to Carl. He was instrumental in getting the Douglas A Scott memorial in the village Lyn. He also spent many hours helping to build the Veterans Memorial.

In 2016 Carl was honoured to be named Lyn’s Citizen of the Year by the Heritage Place Museum.

Carl was instrumental in bringing Dmitri Senkov from Belarus to Canada at a young age where he lived with Carl on the farm. With Carl’s help, Dmitri eventually was able to immigrate to Canada.

Family and friends may call at the Barclay Funeral Home, 137 Pearl Street East, Brockville, on Tuesday July 12, 2022, from 11 am to 1 pm.  IOOF Odd Fellows Lyn Lodge 284 will hold a Memorial Service on Tuesday at 11 am at the Funeral Home. Lyn Masonic Lodge No. 416 A.F. & A.M. will hold a Memorial Service on Tuesday at 1 p.m. at the Funeral Home, all sister lodges are welcome to attend.  In lieu of flowers, donations to Brockville General Hospital Palliative Care would be gratefully acknowledged by the family. Messages of condolences may be made online at www.barclayfuneralhome.com.

Share Your Memory of
Carl
Upload Your Memory View All Memories
Be the first to upload a memory!
Share A Memory