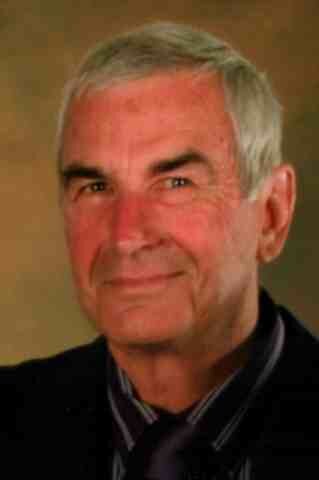 Willem (Bill) Louwerse passed away at his residence in Delta Ontario on the afternoon of Saturday August 6th 2022.

Born March 2nd 1938 in the Netherlands, Bill was the eldest child of the late Frank and Nellie Louwerse.  The Louwerse family immigrated from the Netherlands to Canada in 1951 where they moved around before settling in the Maynard/Prescott area.  Bill worked with his father before venturing away from farming and taking a job at the Prescott Dairies delivering milk door to door in a horse and buggy.  42 years later Bill’s career spanned the Prescott Diaries, Smiths Diaries, and  finally retired from Beatrice Foods in which time he met hundreds if not thousands of people from homes, every restaurant, general & corner store and grocery stores, ranging Kingston to Cornwall.

Bill loved being a Canadian and becoming a Canadian citizen was one of his proudest moments.  He had wonderful hands and had a knack for turning a vision into reality, including building his first house in Maynard and eventually his dream retirement home on the shores of Lower Beverly Lake in Delta.  If there was something that needed fixing, he was able to figure it out and fix it.  If there was something that needed building, he built it and if there was concrete to be poured he had his kids mix it.   Anyone who knew Bill knows he had a passion for golf talking about the game to anyone who would listen and if you were at his house, no evening was complete without playing an Andre Rieu DVD.  He is probably playing the back nine now and talking about how his all-electric mustang leaves people in his dust off a light.

In 1958 Bill met the love of his life Henderika (Rita) DeVries and married 3 years later in 1961.   Bill made sure his wife and 2 children never wanted for anything and was a true family man.  Bill will be remembered and cherished by his wife of 61 years Rita, his two children William aka Bill Jr (partner Sandee), youngest son Jeff and his grandson Jesse.

As per Bill’s wishes there will be no wake or visitation and a simple ceremony at the Maynard Cemetery on Friday  August 12th 2022  2:00 PM.  In lieu of flowers Bill would rather you express your sympathy with a donation to the War Amps of Canada. https://donate.waramps.ca/ Messages of condolence may be sent online at www.barclayfuneralhome.com