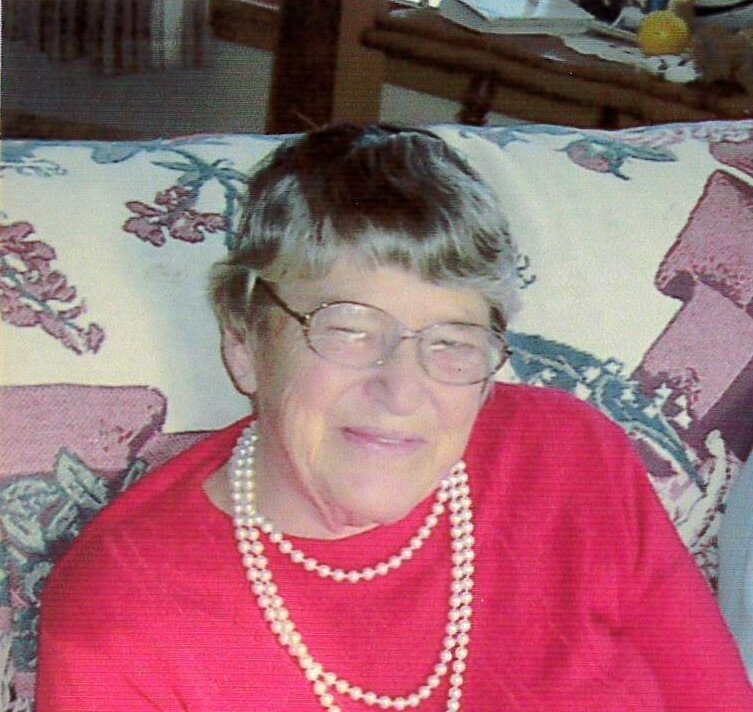 It is with a sad heart that we announce the passing of Elizabeth (Betty) Sarah Baker Moore, September 12, 2022 at Sherwood Park Manor with family by her side.

She was born in a small town near Espanola, Ontario on August 23, 1926 to David Stevens and Ion Caldwell.

At a very young age the family moved to Athens, where she spent her school years. After a move to Brockville to work at Kyle’s restaurant, she met her first husband Albert Baker Jr. who was working with his dad at Bakers Radio & Tv.

They lived on King St., W., for a few years and had a son Edward Brian, before the move to the 2nd Con. Brockville. With their love of gardening and flowers they opened Baker’s Acres Greenhouse. With all the plants grown and TLC and beautiful gardens around the house, they lived happily until Albert’s death in 1971.

After his death she took a job at Smarts Pro Hardware on King St., Brockville and later to their store in Brockville Shopping Centre. While working at the now Hallets Pro Hardware, she met and married Charles “Charlie” Moore.

Now the adventure began. Together they enjoyed camping all over Ontario and mixed in were trips to Nashville & Hawaii & a special trip to England where she was able to visit the gravesite of her brother David “Jason” Stevens who was killed in the 2nd World War. No matter where they traveled, pictures showed her love of flowers and the love of Penguins, which she could watch for hours.

In the later years, the trips came less often. After the death of Charlie and in Failing health, she moved to Sherwood Park Manor. With loving care she was happy until the end.

To all her friends and family, a big thank you for being a part of her life. To the staff at Sherwood Park manor, thank you!

You will be missed Elizabeth “Betty”. Mom, Grama, Great Grama.

Family and friends may call at the Barclay Funeral Home, 137 Pearl St., E., Brockville, on Monday from 2 – 4 p.m. and 6 – 8 p.m. The Funeral Service will be held in the Chapel on Tuesday September 20, 2022 at 2 p.m. Interment will follow at Roselawn Memorial Gardens. In memory of Betty, donations to Sherwood Park Manor or New Hope Church. Messages of condolences may be made online at www.barclayfuneralhome.com.